What is the Pacific Crest Trail (PCT), and why am I hiking it? It’s a bit of a story. Click for the tl;dr. 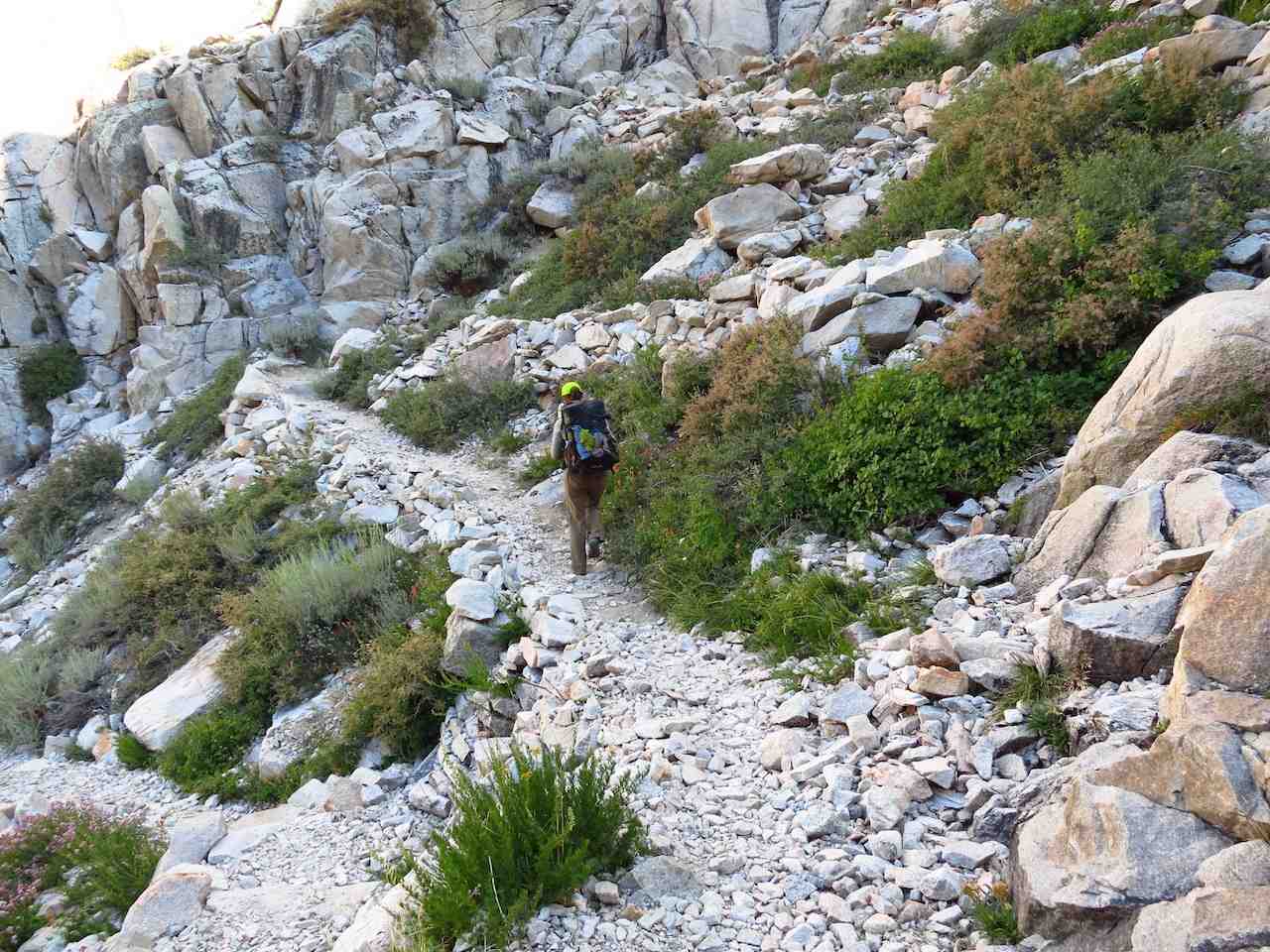 Up, up, up the Golden Staircase switchbacks on the way to Mather Pass.

I don’t remember when I first heard about the PCT. It feels like I have always known that there was a hiking trail running the crest of the western mountains, but I would put my money on my father telling me about it. He is an avid cycle-tourist, and did a series of trips on the PCBT – the Pacific Crest Bicycle Trail – when I was in school. I watched him go through the intricate dance of planning a thru-trip (itineraries, mail drops, vacuum sealing food, communication from the road), even helping at times; I assumed everyone’s dad did that sort of thing.

My first personal experience with the trail wasn’t until the summer after my freshman year of college, when I went on my first multi-day backpacking trip. A good friend and I hiked to Pear Lake in the Henry M. Jackson Wilderness in Washington. We took a dog, an exuberant Australian shepherd, made huckleberry pancakes, and nicknamed a horse ahead of us on the trail the Green Bombardier. The scenery was breathtaking, as were the switchbacks. I remember when our trail intersected with the far more popular PCT, which among my friends was considered too crowded for proper wilderness experience (we’re spoiled in Washington).

Fast-forward to 2012. Another friend was planning a John Muir Trail (JMT) hike with her dad, and invited me and my partner Russell to join for as much as we wanted. With the benefit of someone else doing 90% of the planning (my friend’s dad – thank you!), we spent an incredible six days walking from Yosemite Valley to the Devil’s Postpile National Monument.

I decided shortly after that trip that I wanted to hike the entire ~211 mile JMT the next summer. What I really wanted to do was hike the PCT, but a couple things made that impractical for 2013. For one, I wanted to be a tiny bit more sure than I could handle walking day-in day-out for months on end. Easing into it by doing a 3 week hike sounded A+.

On top of that, there was the little issue of my orthodontic braces… I had gotten them on in January 2012, and they weren’t scheduled to be off until January 2014. Every 3-6 weeks, I had to go see my orthodontist and get my wires adjusted; while I was willing to push appointments a couple of weeks to accommodate travels, I wasn’t willing to tack on an extra 3 months to my removal ETA, which is what would have happened if I checked out from city life for 4 months straight. I also wasn’t interested in leaving the trail every month for an adjustment. 2013 was out for a thru-hike. 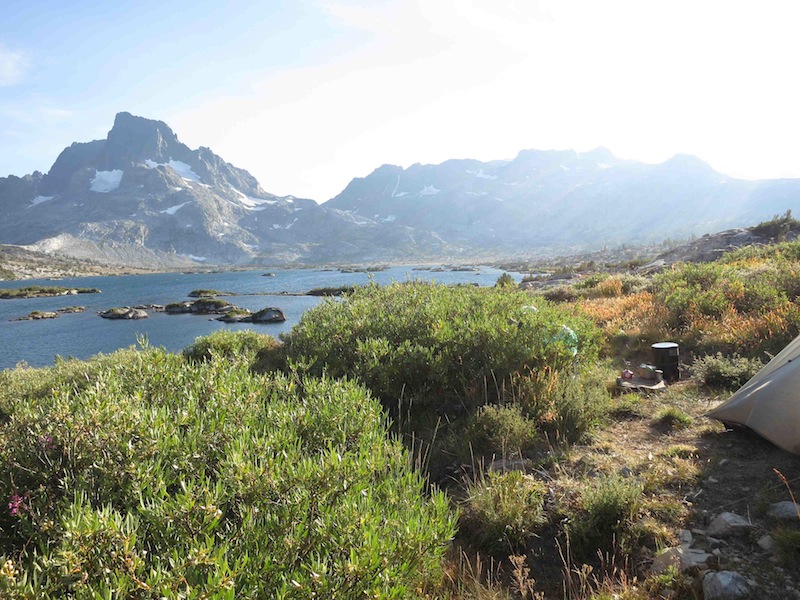 August 2013 saw me hiking the JMT, half solo and half with Russell, and loving it. I loved seeing more mountains than I knew existed spread out beneath me as I stood on the highest point in the continental United States. I loved meeting fellow hikers, experiencing the camaraderie that comes from knowing that they too pooped in a hole in the ground that morning. I saw a bald eagle stealing a fish from an osprey, and a black bear that I thought was a dog until I looked closer. I started a love/hate relationship with the pain of going uphill for miles, and I loved the triumph of getting to the top.

In short, my proof-of-concept run on the JMT worked. I didn’t know that I would ever feel “ready” for the PCT, but I knew I wanted to go for it.

So now it’s 2014, my braces are off (!), and my proposed start is only about 2 months away. How did that happen? It felt like I had all the time in the world to plan until, WHAM, less than 100 days. Stay tuned for what I have done so far to get ready, and which ducks I still have to line up.

The information below has a home on the PCT ‘014 page.

Pacific Crest Trail ‘014 At A Glance

Who: Me, joined at times by my partner Russell and various other friends and family members. And 300-1000 other thru-hikers, depending on the popularity that year, and how far along the trail I am. Plus innumerable section & day hikers.

What: Walking from Mexico to Canada along the Pacific Crest Trail (PCT), a ~2650 mile National Scenic Trail for hikers and equestrians administered by the US Forest Service.

Where: The southern terminus of the PCT is at the Mexican border, near Campo, California, and the northern terminus is at Boundary Monument 78 on the Canadian border, in the Pasayten Wilderness. The trail traverses California, Oregon, and Washington, hugging the crest of the Sierra Nevada and Cascade mountain ranges.

Why: Because it’s there. Because this happens to be a good time for me to take off and walk in the woods/desert/mountains for 4 months, and that sounds like bliss to me (with a healthy dash of character building à la Calvin’s dad).

How: One foot in front of another. The Pacific Crest Trail Association issues permits that cover the whole trail. My partner will be mailing me resupply packages of food and supply refills to towns near the trail as I go. Beyond that, it’s up to me, my feet, and my willpower.