Out Kearsarge Pass to Bishop, CA

I love the Sierras. I have now hiked from Kennedy Meadows to just before Glen Pass, at mile 788. Every day the scenery grows more beautiful to my eyes. Some of the little wooded patches alongside creeks are so picturesque I want to cry. 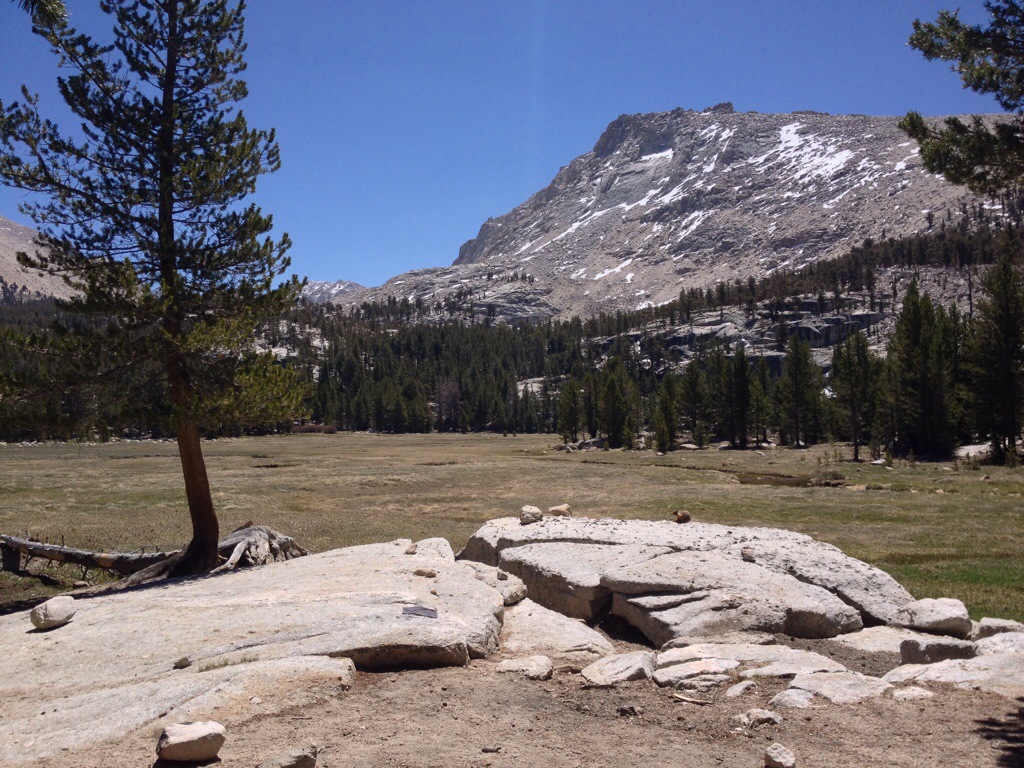 Crabtree Meadows, with a marmot on the rock.

After 700 miles of Southern California, the streams and lakes of the High Sierras are overwhelming. I can hardly believe how much water there is in this section. Only 150 miles ago, I was carrying 4 liters and hoping for full caches. Now, the trail is often covered by snow patches and little rivulets overflowing from nearby creeks. I’ll take it.

I saw a fat yellow-bellied marmot the first day out of Kennedy Meadows, and a half dozen since. They squawk and yip, and shake their fluffy tails at me. Too cute for words. 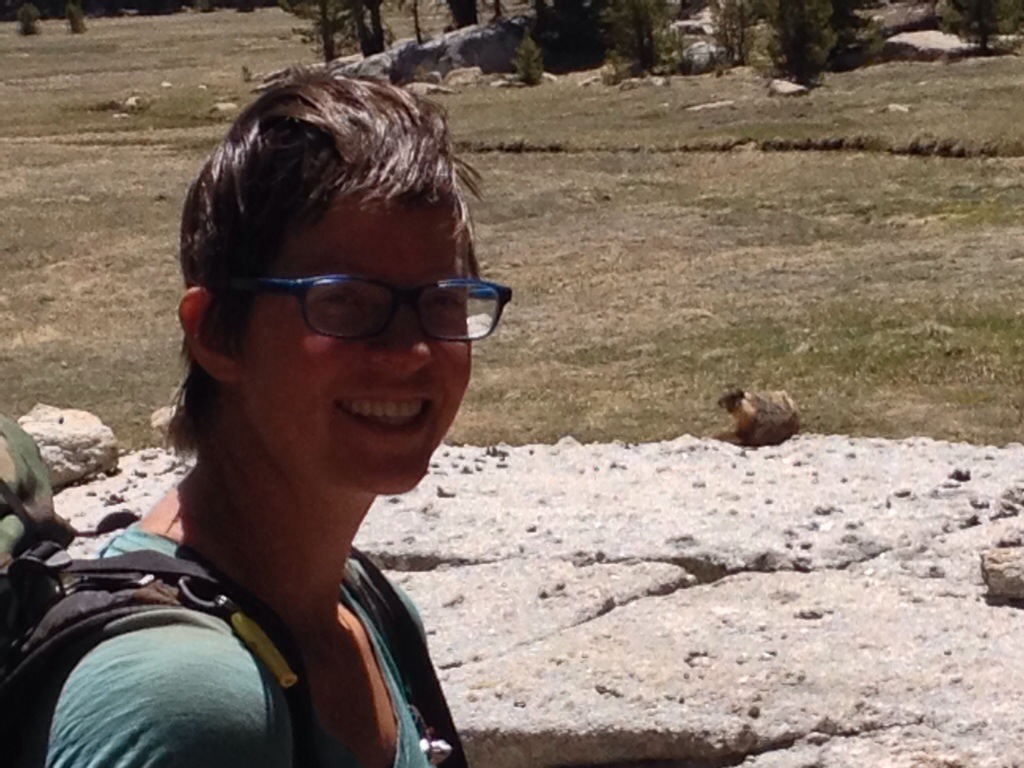 A Penguin and a marmot.

Entering the section I hiked last year on the JMT has been fun. I’ve had several little déjà vu moments, though the land looks different in this season. More snow, fewer wild flowers. No bears yet.

On Monday I hiked Forester Pass, the highest point on the PCT, and then Kearsarge Pass that afternoon, for a 22.5 mile day — my longest in the mountains so far. The approach to Forester was covered in snow; I walked in the footprints of previous hikers, mostly straight up the slope rather than on the trail. The descent, on the northern slope, was entirely snow. I glissaded down partway, i.e. slid on my butt on the snow using my trekking pole as a brake. What a rush.

After exiting at the Onion Valley Trailhead, I got a ride 13 miles down to Independence from the campground host for the cost of gas. I spent a night at a hostel in that tiny town before hitching to the larger town of Bishop, where I’ve spent the last day resupplying and trying to sleep extra. Turns out I’m a terrible napper, but the soft bed and big town meals are still welcome.

Tomorrow I will be heading back to the trail, aiming to get to Vermillion Valley Resort in about 5 days. I’ll also be turning 30. Looking forward to celebrating the start of a new decade in the beautiful Sierras.

Hugs and happy trails to all.

→ Next: Kearsarge Pass/Bishop (mile 789) to Mammoth Lakes (mile 907): Past the high passes in Mammoth Lakes, CA