Holy shit, I walked to Oregon

I’ve walked the entire length of California now. All 1698 PCT miles of it, about double the actual length.

One state down, two to go! 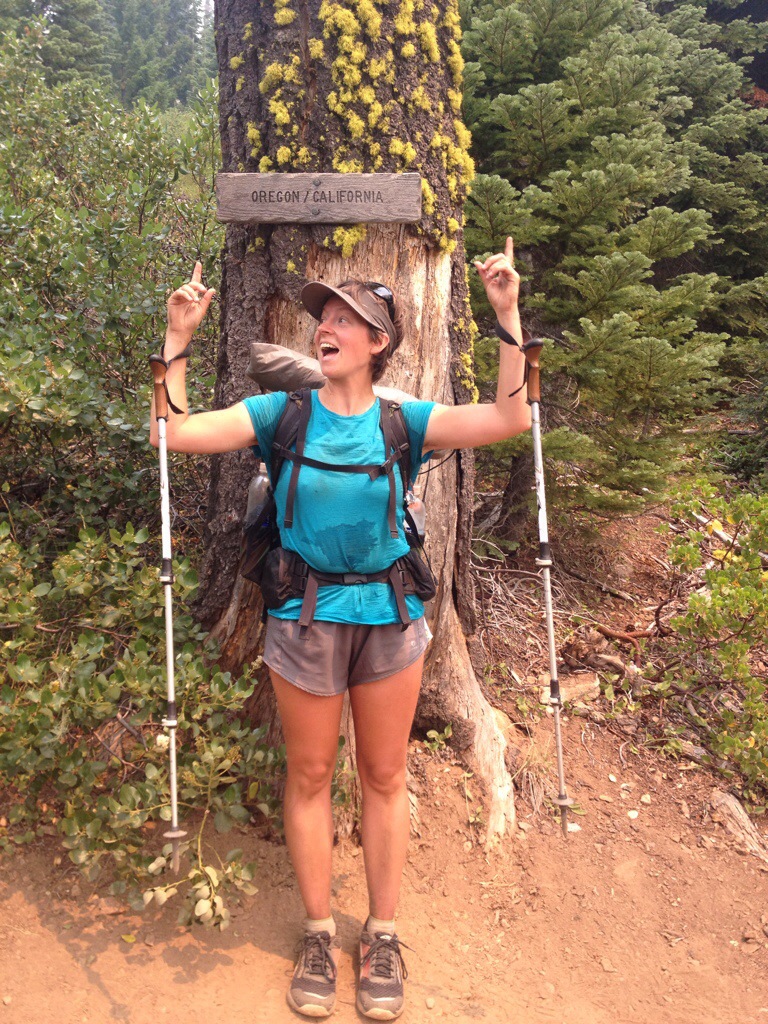 I made it to Oregon!

Since rejoining the trail after my grandmother’s health scare, I’ve had an up and down time. I struggled so much around Mile 1500 (the big climb out of I-5 / Castella) that I started seriously considering leaving the trail. I asked Russell to come join me before Ashland, and his company for the last week has made a world of difference for my morale.

Turns out hiking for five and a half months without your partner is hard. Who knew? 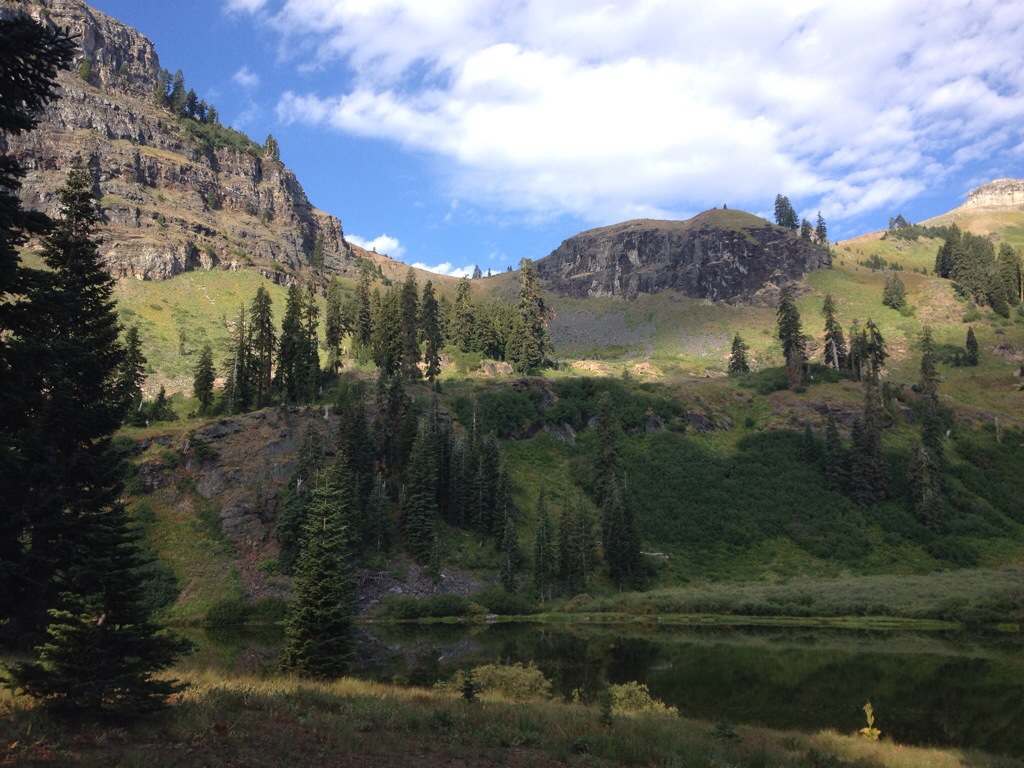 Russell drove to Etna and met me two Sundays ago. After a zero day in Yreka to rest my feet, we took 3.5 days to hike to Seiad Valley, where we stayed with parents of a friend (thanks Connie and Rich!). 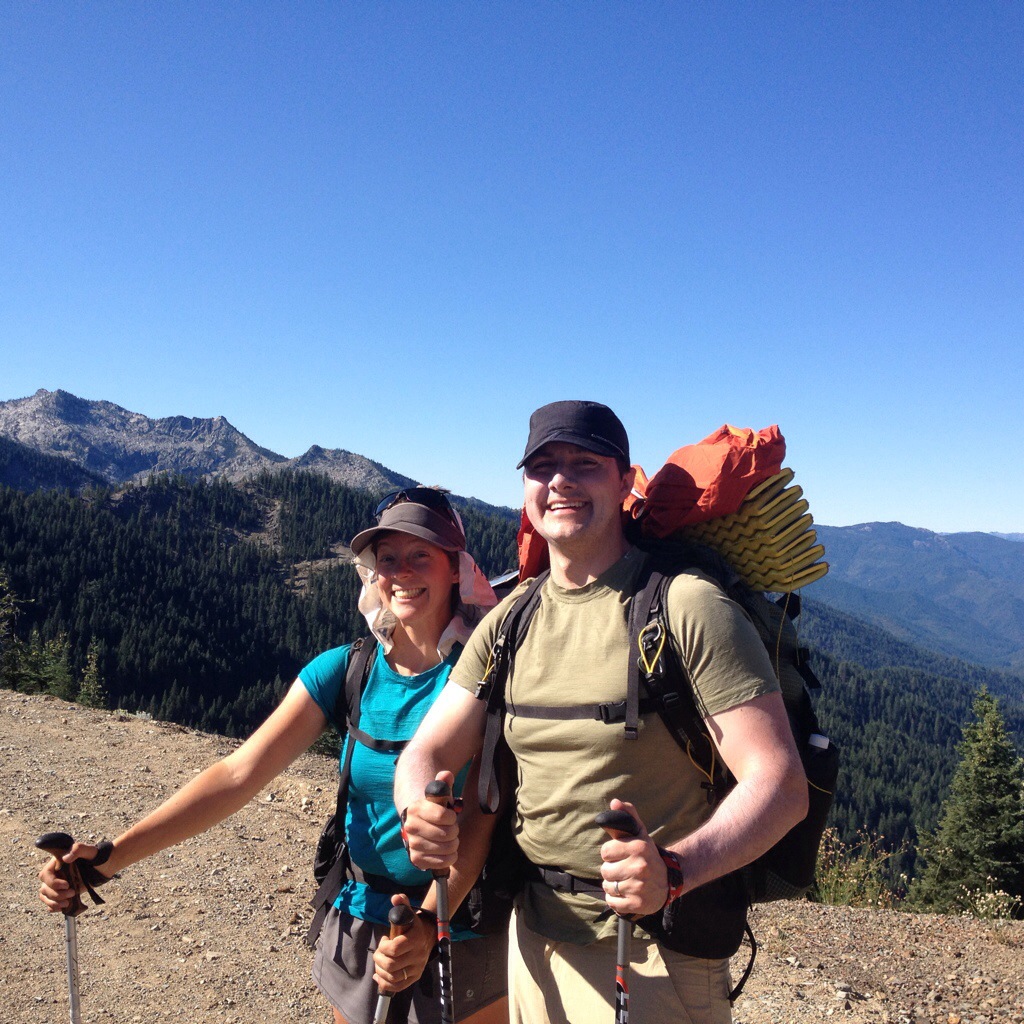 Starting out from Etna Summit with Russell.

I was commenting on the lovely fog in the Klamath River valley until someone pointed out that it was smoke. We hiked out of the valley Saturday morning, and spent the next 2.5 days wondering if the fires were ahead of or behind us, and if they were going to get us. Turns out most other hikers got warned away from that section of the trail by a local firefighter, though it wasn’t officially closed. 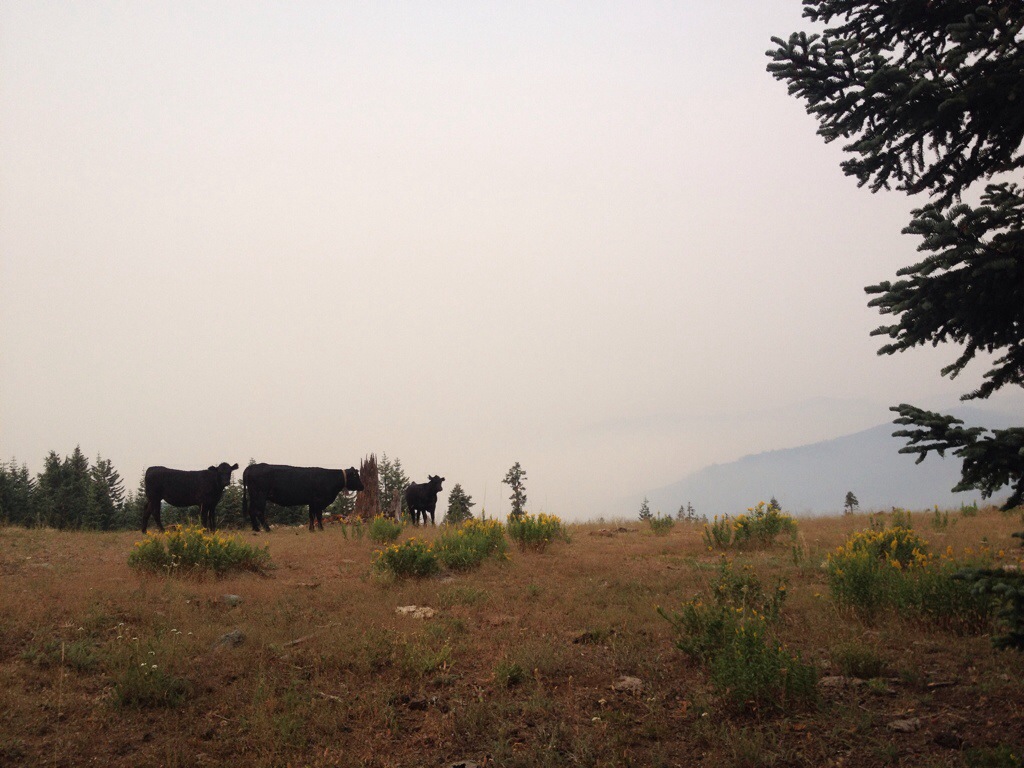 The trail felt eerily empty for those three days. We camped with a lovely couple from Austria, BF Pinecone and Deer Wrestler, and hiked more quickly than we’d planned to get out ASAP. Waking up Sunday morning to find ash raining down on our tents was unsettling. The sun shone a deep red through the smoke; the half moon was a brilliant cheddar orange. We saw several clouds in the not-so-distance that looked like volcanic plumes. My nostrils burned at times, and the back of our throats were scratchy. We each coughed a dozen or so times, and I felt a wheeze on hills. 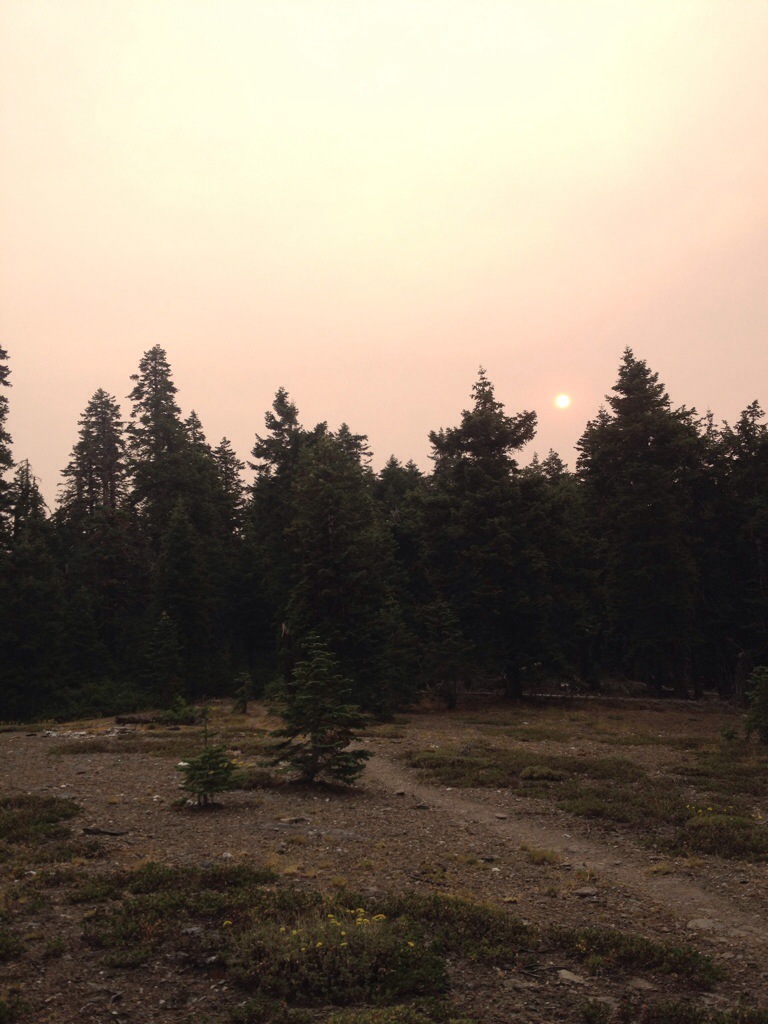 Demon sun at 7 am, north of Seiad Valley.

Turns out there was a massive thunderstorm with a thousand or so lightning strikes, and now the State of Jefferson is on fire. One area I’ve already walked is closed, and there may be closures in the coming miles. I’d hate to have to skip miles now, but I have no desire to make the firefighters’ jobs harder. Or to die in a fire.

Despite the bulk of my thoughts during this section being “ack, smoke!” and “how much ash is too much ash?”, reaching the California/Oregon border on Sunday felt AMAZING.

Russell and I got to Ashland Monday afternoon, and hitched back to Etna to retrieve our car. I-5 and the surrounding hills were covered in smoke, worse than anything I’ve seen. Etna is hosting a large Fire Camp to coordinate the actions, and I saw fire vehicles from so many different agencies, I lost count: Cal Fire, USFS, BLM Fire, Chico Fire, Black Mesa Hot Shots, State of CA Emergency Response, and more.

Russell (who is getting called Mr. Penguin by other hikers) and I have spent today resting and doing errands in Ashland. We met up with my NorCal friends Zan and Stephen and their adorable babies for lunch, then bought what food was left in the local grocery stores. Because of all the fires, people are hitching around closures, and there have been over a hundred hikers in Ashland over the last few days. Unsurprisingly, Safeway was sold out of tuna packets in oil. 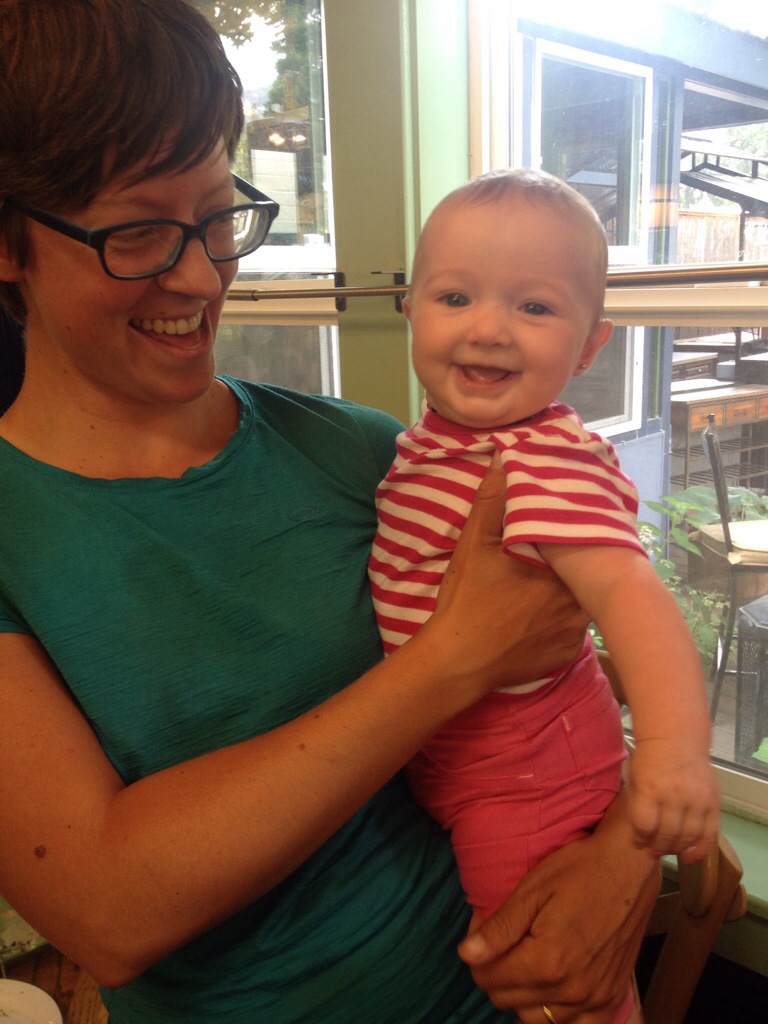 Getting to hold one of Zan & Stephen’s beautiful babies in Ashland.

Now I’m getting ready to say goodbye to Russell for awhile and blaze northward. Word is, Crater Lake is covered by smoke, but I’m hopeful I’ll get a bit of a view when I pass by this weekend.